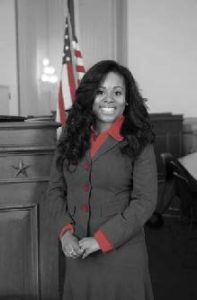 Asia was featured in the DyNAMC’s February 2015 “Policy” issue by authoring an article “Violation of Humanity – One Hard Lesson in the History of Policy Making”.

Currently, Asia is wrapping up her final semester at Florida Agricultural and Mechanical University. This fall, she will be graduating with a Bachelor of Science degree in Political Science.

Upon graduation, Asia plans on pursing a Master degree in Environmental Science with a concentration in Policy and Management. Her passion lies in creating awareness of environmental and civil injustices within minority communities around the globe. Through the HBCU Climate Change Initiative, Asia was selected to be one of two students from her university to attend the United Nations Framework Climate Change Convention Conference of the Parties 21st convening (COP21) in Paris, France taking place this November.

The Initiative sponsors activities that provide opportunities for HBCU students to learn about climate change science, policy and advocacy and to present their research projects on topics relative to climate change issues. Although the natural state of our planet is not always on the forefront of discussions, with much work and dedication, Asia plans on making the world a better place for all. 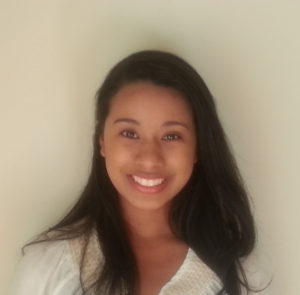 Bianca Galarza was featured in DyNAMC’s May 2014 “Knowledge” issue where she authored an article entitled “Inequalities in the Education System” at 15 years old.

In DyNAMC’s August 2015 “Women Rising” issue Viewpoint feature, Bianca stated “Within recognizing social injustices, I am a DyNAMC woman. I do not wait for change to happen, but rather, I encourage dialogue, discussions, and awareness about social inequalities highlighting how groups of people who have been historically privileged can help.”

Bianca is now 17 years old having graduated high school. She will be attending St. Mary’s College of California class of 2019. 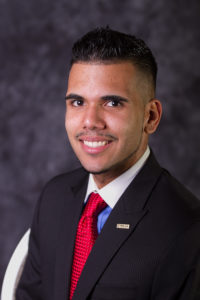 John-Raphael Pichardo, II is a Native of New York.

During his time at UAlbany, John-Raphael was very active on campus. He served as Treasurer of Fuerza Latina; Tenor Section leader for the Community Chorale; Resident Assistant; NASPA Fellow; Committee member for the Division of Student Success; and Purple & Gold Ambassador.

John-Raphael also interned for the Honorable Susan M. Capeci of Westchester County Supreme Court and at the Westchester County District Attorney’s Office. Upon Graduation, John-Raphael worked at the New York State Legislature as a Session Assistant for State Senator Liz Kruger, where he worked on various items such as the New York State Budget, Hydro-Fracking issues, education priorities, and pension reform.

For his hard work and dedication to his school and community, John-Raphael was inducted into the UAlbany Circle of Omicron Delta Kappa and the Epsilon Gamma Chapter of Pi Sigma Alpha, Political Science Honors Society. In 2012, he was selected as a 40 Under 40 Rising Latino Stars of New York.

In the fall of 2012, he entered Quinnipiac University School of Law as a Distinguished Student Scholar, where he continued to be active. After his first year John-Raphael became a teaching assistant at the local women’s prison with Professor Linda Meyer, a research assistant for Professor Marilyn Ford, and served as Regional Treasurer (2013-2014) and Regional Chair (2014-2015) for the Northeast Region of the National Black Law Students Association. 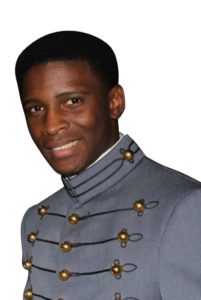 Candidates to the West Point Military Academy must not only apply directly to the academy, but also receive a nomination, usually from a member of Congress, or the President and Vice President of the United States. Michael Barlow recently graduated from West Point with a B.S. in Sociology and received the Coates Award for Most Outstanding in the West Point Sociology Program. He is also the only cadet in the history of West Point to qualify for the National Debate Tournament four times. Michael, a young man at the age of 23 years old, has his whole life ahead of him. He shares his inspiring journey with DyNAMC readers. 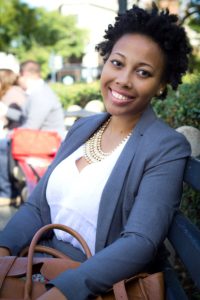 Yveka Pierre a graduating 3rd year law student at the University of the District of Columbia, David A. Clarke School of Law, where she has completed over 900 hours of civil and criminal pro bono legal services to indigent communities in the District of Columbia through her law school’s clinical programs. She holds a Bachelor’s degree in Social Science and Criminology from Florida State University, where she became a member of Sigma Gamma Rho Sorority Incorporated. She hails from Haiti and is fluent in Haitian Creole, and conversation in French. She is passionate about criminal justice and systems change. She is informed by her experiences and the stories, triumphs and struggles of those she knows, those she has read, and those whose voices she seeks to amplify. At 23 years old, she is looking forward to beginning her legal career and making a positive impact.